Spreading the sprites of boxing and Muaythai

A good fighter might not necessarily be a good coach.

It was rare to find a Master with both excellent fighting and coaching qualities that served the sports for more than 3 decades. Amounts these experts, Master James Yuen was one of the best and most respected in the 70’s and 80’s. After WWII, Master Yuen joined the “Lee’s Fitness School”, a profound Gym established in 1936. Master Yuen dedicated most of his time to the Gym and gained his expertise in areas including boxing, wushu, judo and fitness training. The traditional training from the Lee’s consolidated Master Yuen’s professional foundations, which, in turn, greatly helped him in training the best athletes in Hong Kong.

In 1982, James Yuen Boxing Club was established under prodigious supports from Master Yuen’s students. Since then, Master Yuen devoted to JYBC’s development and the training of potential fighters. Many of his students had achieved exceptional results in world-class professional fighting events, For example, Mr. CHAN Kim Sun, the most famous free-fight golden belt champion in Hong Kong in the 1980’s.

Master Yuen passed away in 1985. Since then, his outstanding students, including Mr. CHAN Kim Sun and Master Ray Fong, saluted Master Yuen by continuing the development of JYBC and giving training and lectures to more and more students. As time passed by, students from JYBC achieved astonishing results in Hong Kong and foreign fighting events and championships. The “best of the best”, came Master Yuen’s son, Mr. Yuen Wan Pang. 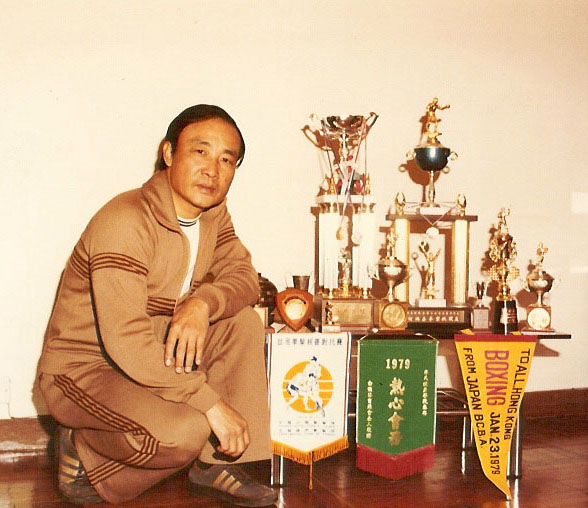 HEIR OF THE LEGEND

Under the training of Master Ray Fong, Pang became a brilliant athlete. He often challenged top fighters in higher weigh categories and got outstanding results. Likewise, he was Hong Kong’s 48kg Boxing Champion in 9 consecutive years from 1994 to 2003, and has participated in many oversea competitions as a Hong Kong representative.

In 1996, Pang took over the operation of JYBC under the tremendous support from Master CHAN Kim Sun and Master Ray Fong. In the same year, Pang started his coaching work and officially became a “Sifu”. For the 10 years afterwards, Pang Sifu hosted the Wan Chai Intermediate Level Boxing Class organized by the Hong Kong Boxing Association and funded by the Government at the Queen Elizabeth Stadium.

Trainers at JYBC are either first-rate fighters or certified trainers/ referees /judges. We offer both boxing and Muaythai classes, as well as box toning, functional training and corrective exercises classes. It is also our general practice to provide a chance for self-improvement by nominating potential students to take professional qualification examinations by official bodies like the Hong Kong Boxing Association and the Hong Kong Muaythai Association.

CONTACT US TO START TRAINING
Return to top of page